From the Music Department… 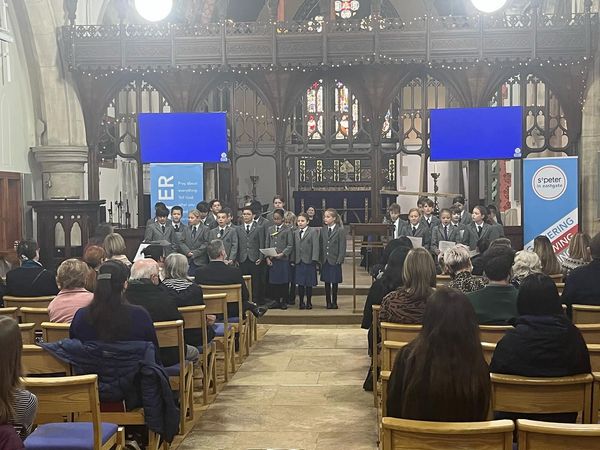 After the strangely restricted times of the last couple of years, it has been good to start to feel a steady return to normality in the musical life of Burton Hathow – although of course, the music never really went away!  Nonetheless, the simple pleasures of all being able to sing together in our Monday morning assemblies, and a return of the House Singing Competition before Half Term were really welcome.

March is often a busy month for musicians, and Upper School Choir and Jazz Band have been hard at work preparing for the Lincoln Music Festival, also returning after an enforced break.  We enjoyed hearing other schools perform, and received some useful feedback from the adjudicator.

Back in school, the Forest Gamelan instruments emerged a little early from hibernation (they’re not usually spotted until after Easter!) to allow some music making on our Outdoor Education day, and we all enjoyed gathering round the campfire for some songs and shanties accompanied by Mr Nowell’s squeezebox and also featuring one of our American friends, Autumn, on violin.  Liam and Autumn have been with us just for the last few weeks, but are both keen musicians and have really thrown themselves into the musical life of the school.  As they leave us now to continue their journeying, geographically and musically, we wish them well.

The musical postscript to this term was our Easter service, with both choirs taking part, and concluding with a secret Upper School Choir “flash mob” performance of Pink Floyd’s On the Turning Away – a thought-provoking show of solidarity with our friends in the Ukraine.  Confucius is reputed to have said, “When music and courtesy are better understood and appreciated, there will be no war.”  Amen to that.

This half of the term, our focus has been around ‘Houses and Homes’. All of the Nursery children have enjoyed reading traditional stories such as Goldilocks and […]

Second Half of Term Commences

Party in the Park Concert and School Campover

Get in touch to book a personal tour or to enquire about your childs place.

Send us an enquiry